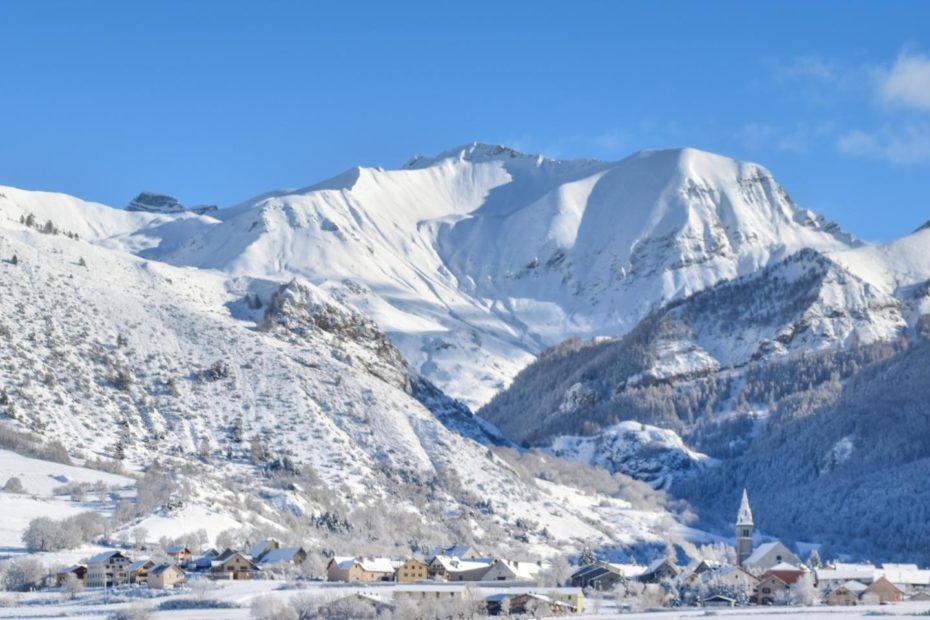 Located at an altitude of 1340m, at the entrance to Champsaur, at the gates of the Ecrins national park and neighbor of the Valgaudemar valley, Ancelle is a family village-resort which has developed within an extraordinary environment . Surrounded by the Lachaup plain, the Rouanne valley and the Puy de Manse, Ancelle offers an exceptional panorama between mountains and the horizon. Privileged by its geographical location, less than 20 km from Gap, a hundred from Grenoble and two hundred from Marseille, this village is a small natural paradise coveted by man for about 15,000 years.

Endowed with local shops and witness to an ever-increasing seasonal attendance, Ancelle is a constantly evolving village. Its living environment is attracting more and more people, its alpine and Nordic domain contribute to the development of the local economy and its heritage extends to its seven hamlets.

The Chateau d’Ancelle is one of the most inhabited hamlets today. Adjoining and leading directly to the village from the Col de Manse by its crossing axis, Le Château is an inevitable place of passage which allows you a first visual contact with Ancelle.

Separated by the plain of Lachaup, Saint-Hilaire is a south-facing hamlet with a breathtaking view of the Cirque de la Rouanne. Its direction allows the connection with the bottom of the Champsaur valley and remains a borrowed axis to reach Saint-Bonnet-en-Champsaur.

Les Matherons are located after Saint-Hilaire. Overlooking a north-western slope, the hamlet gives a view more directed towards the Ecrins national park and the Bayard pass, with the Dévoluy in the background.

Les Faix is ​​a hamlet east of Ancelle. Enjoying sunshine and an image of the village and the plain of Lachaup, it is also a place of passage that connects the Saint-Léger-les-Mélèzes axis with Ancelle.

Le Collet is a place of life which was already mentioned in 1395. Known for its very cool climate, this hamlet faces towards Gap and its valley. It offers a whole starting point for walks with rich and varied landscapes.

Moissière is one of the hamlets listed at the end of the Middle Ages. As its name suggests, this hamlet leads to the Col de Moissièr, provides a link to Chorges, closed in winter. Populated by a few houses, it is accessible from the Les Taillas district, which itself has seen its development closely linked to the rise of the ski resort. For several years now, it has hosted air force teams.

Sun, unspoiled nature, gentle slopes and a terraced snow front where you can taste Champsaur specialties … Welcome to the village resort of Ancelle